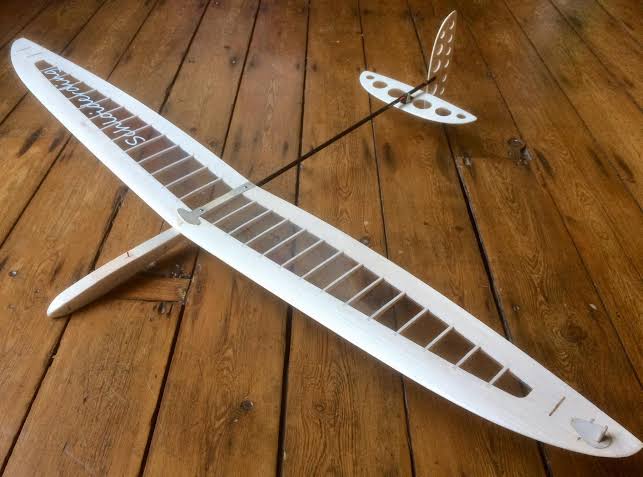 I’m inexplicably drawn to the idea of spinning around in circles until I am sick. Welcome to the dynamic sport of Discus Launch Gliders – DLG

Discus Launch Gliders – or DLG for short are small, lightweight model gliders propelled to altitude by throwing them by a wingtip using a spinning discus style motion. In optimum conditions, and with a highly tuned composite glider, the best pilots can catapult their machines to over 200ft using this method.

More accessible foam and balsa DLG models have become popular in recent years because of not only their relative simplicity but also their high dollar/fun ratio. They are small enough to fit in any car, practically silent, require no bungee or hi-start equipment, and can be flown in a fairly small space.

My first foray into the world of DLG was the “Lightninbug” mini DLG which was an evolution of the “Bug” by Carl Dowdy.

As with many other RC gliding disciplines, DLG has its own FAI designation and set of rules. F3K gliding is a highly competitive sport in which pilots attempt to complete a series of different tasks of increasing complexity, mostly centered around timed flights.

Of course, I could go out and spend $1500 on a composite DLG – well I couldn’t actually, I don’t think the bank will let me – but it’s always a lot more fun to build a little, crash a little, learn a little, then build some more.

That’s what I’m going to do then – I’m going to take a look at some existing DLG design ideas and see if I can come up with a model of my own. My rebuild of the crashed Lightninbug was a good start but I reckon I can do better.

Who knows, I may even end up being competitive in F3K one day.