The PicoWing was an experiment to see just how small I could go with a foam board wing. I had bought a few of those tiny all-in-one FPV cameras and thought it would be perfect on a little pod.

I used a flat bottom folded wing for this one to get as much lift and glide as possible as I had no idea how heavy it would be. I also swapped to 3mm foam board to save some more weight.

The printed components came out really well and I think make something like this a lot more accessible to most people as 3D printed are much more common than CNC machines.

It does seem the smaller you go with these wings the harder it is to get them set up and flying nicely. I remember having trouble getting the balance and control throws just right. The maiden flight resulted in a spiral dive that snapped the wing in half!

Once you get it right though this is a fast and furious little beast that can be flown in a very small space. 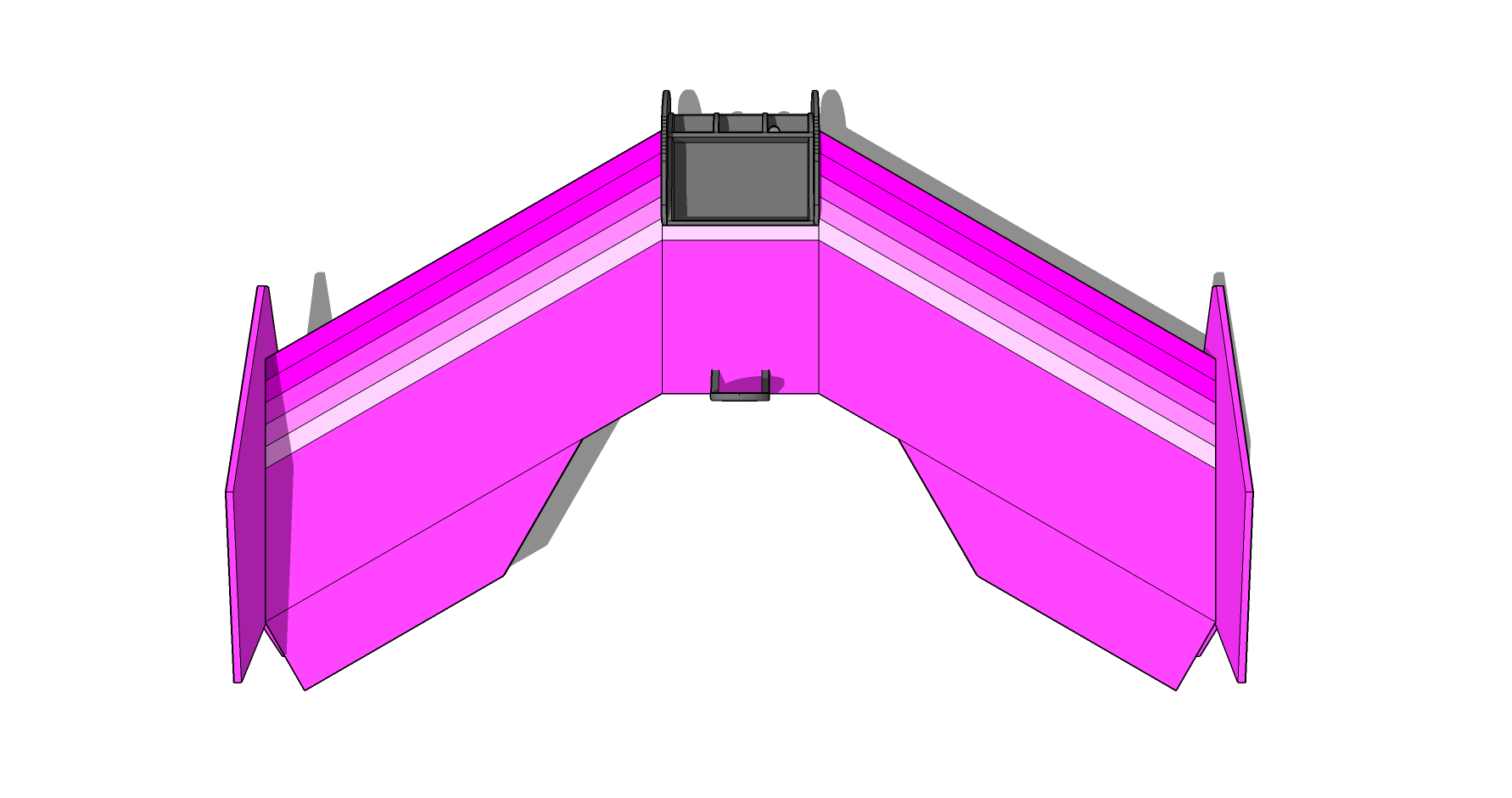